Estelle Skin Care & Spa Institute strives to be the best esthetician school in Illinois. We provide a comprehensive esthetician program that includes advanced education and training to ensure that our graduates are the best of the best!

About Our Chicago Esthetician School 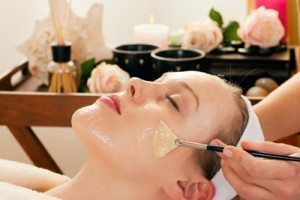 Estelle Skin Care & Spa Institute has been educating successful estheticians and skincare professionals in the Chicago area since 1998. At our nationally accredited beauty school, we offer a specialized approach to esthetics education, with a range of esthetician classes that are both challenging and rewarding. Our esthetician program includes not only the fundamentals of esthetics and corrective (medical) esthetics, but also advanced techniques and procedures necessary to thrive in today’s skincare industry.

Students come to Estelle Skin Care & Spa Institute from all parts of the Chicago area, including Skokie, Evanston, Glenview, Glencoe, Rockford, Arlington Heights, Schaumburg, Wilmette, Grays Lake, Des Plaines, and Park Ridge, as well as Wisconsin, Indiana, and countries outside of the U.S. Experience the difference of a nationally accredited esthetician school when you schedule a no-obligation campus tour and apply today!

We are dedicated to advancing the art and science of skin care through excellence in education. ESCSI is committed to providing our students with the knowledge and experience necessary to become the best and most successful skin care professionals in the industry.

Estelle Educational Group’s family of schools have been training successful professionals since 1997 in Chicagoland and Las Vegas, Nevada.

Our primary goal is to ensure your success as a licensed or certified professional. We’ll be with you every step of the way, including lifelong job placement assistance!

We offer Nationally Accredited and State of Illinois approved programs with comprehensive curricula in a hands-on training environment.

• Estelle Skin Care and Spa Institute celebrates its 20th year in operation! We look forward to many more years of educational excellence!